What are the best Prank Calling Apps in 2019 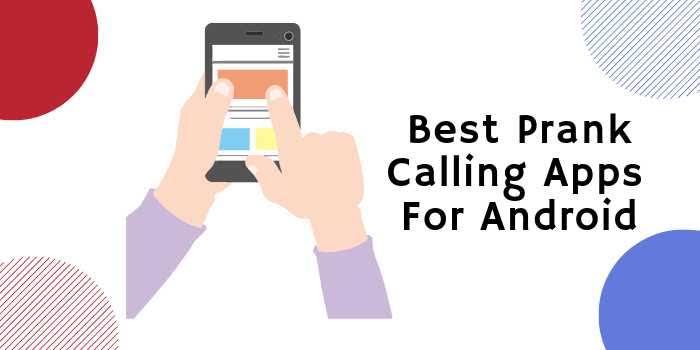 What are the best Prank Calling Apps in 2019

One of the best voice changer apps in the market today, Call Voice Changer will help you take your prank calling game to the next level. This is a great way to have fun and fool friends and family.

To use this app simply connect to your wifi and begin making calls right away. Call Voice Changer is different from other voice apps as callers can change their voice in real-time, this is in contrast to other apps that make you choose beforehand.

It provides a host of funny and entertaining sound effects at the touch of a button. With so many voice pitches available prank calls can be done to the same person multiple times while keeping your identity a secret.

Sound effects include sirens, a bomb, cars crashing, gongs and many more. The Apps UI is also secure and user-friendly, making it easy to understand and use for just about everyone.

The cons of this app are that you cannot make international calls, so prank calling outside your country is not an option. The program also contains advertisements and in-app purchases, but this is not uncommon with apps in general.

Another entry on this list is the Prank Call App’ Funny Call’, this voice-changer lets you make modifications to your voice during live calls.

While this app doesn’t contain a demo call to hear your voice beforehand, you can record your voice so you can find out exactly how you sound.

What makes Funny Call outstanding is its vast selection of sound effects you can choose from. As opposed to other voice changers that only offer male or female voice options.

There are also premium options which include Ghost, Lord Rock, Lord Scout, Zombie among many others

Like the Call Voice Changer app, you can also change your voice during a live call, making it appear several people are on the line. Background audios can also be added with music and different sound effects.

The only downside is its intrusive ads which you will have to play before they can be closed. However, although adds can time consuming, they do not appear frequently enough to be a significant detraction.

This prank calling app contains prescripted pre-recordings which are written and voiced beforehand by Russell Johnson (Creator of OwnagePranks) and other talented voice actors. Pre-recordings are then sent automatically once the person answers the call.

You may think that an automated voice message can be heard and identified straight away, but this is not the case. With its impressive response times, unsuspecting victims will assume its a real person on the line.

This is because the app uses ‘Speech recognition technology‘ AI to detect silence and keywords during the call. The conversation is quickly analyzed by the AI, consequently making its scripted responses at the right times.

Once you send the prank you can tune in live and laugh along, calls are then recorded and can be shared online. The Ownage Pranks hall of fame is its online community where submissions are made daily with the best ones being featured.

For example, do you want your victims neighbour ‘Rakeesh’ to ask for their wifi without taking no as an answer? Simply choose the ‘Give Me Your wifi Password’ prank script and call the contact you wish to prank.

Three daily credits are given every day, and your Caller ID will be hidden when calls are made.

The time of the call can be set at just the press of a button, so you can make a call immediately or organize one to call later.